The International Art Show
for the End of World Hunger 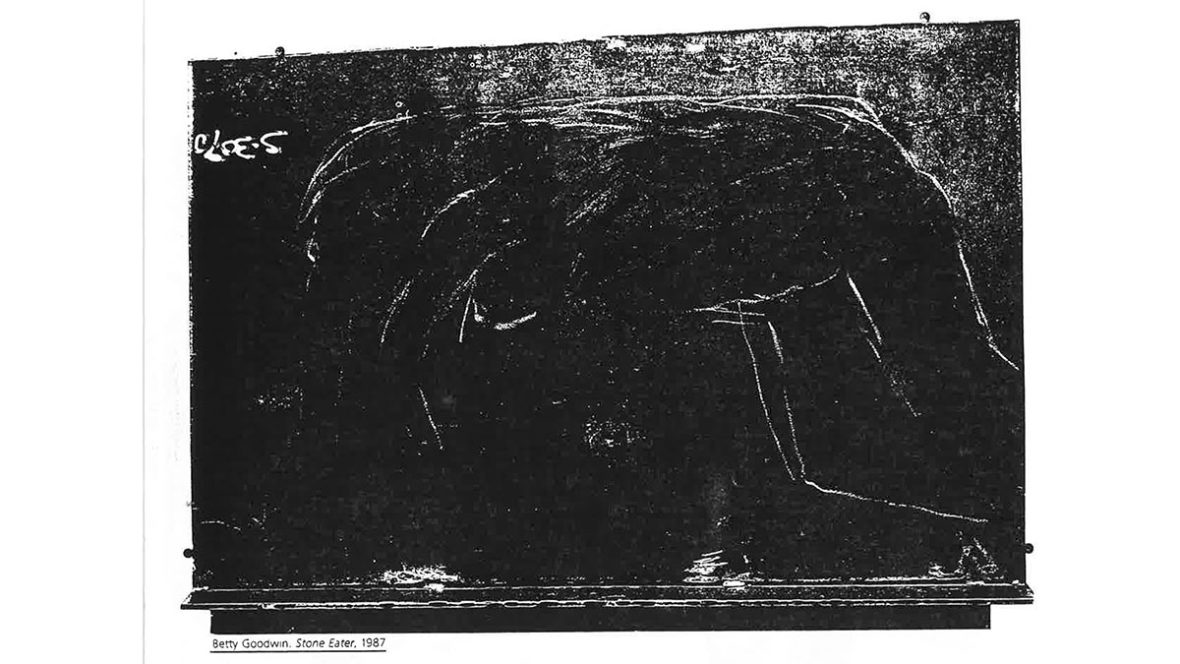 This exhibition exemplified how art can be used to raise our consciousness of the problem of hunger throughout the world. There was something in this show for every sensibility. The message in some of these works was direct and obvious, in others more obscure, but the impact of the whole was to clarify our sense that hunger is not just another dirty little secret. The next step is up to each of us. The Schneider Museum of Art was proud to bring this powerful show to the West Coast of the United States, and to share with our smaller and larger community these significant images about a condition we can all do something about.

We lose approximately 35,000 lives a day as a consequence of hunger. Yet several prestigious commissions agree that the available global resources make It possible to eradicate this human suffering once and for all, within our lifetime.

Among them, the Brandt Commission, after a two year study, concluded: “Mankind has never before had such ample technical and financial resources for coping with hunger and poverty. The Immense task can be tackled once the necessary collective will ls mobilized. What is necessary can be done, and must be done.”

To bring this historical possibility to the attention of Individuals throughout the world, painters and sculptors of International stature committed their creativity to THE INTERNATIONAL ART SHOW FOR THE END OF WORLD HUNGER.

The painters and sculptors responded in their art works to the possibility of a world free from hunger. These artists employed a full range of aesthetic tools from humor to allegory, from metaphor to existential simplification.

The art engaged us in questioning our own views on the Issue of hunger. These works reflected the despera­tion and frustration associated with hunger. They also Illuminated the spiritual, evoking the prayer for a world where every human being can enjoy the dignity of being self-sufficient. As one explored these works, one could see hunger as a problem that exists around us, yet whose solution may be found within each one of us.

This exhibition was an offering to all those who are working to bring about a world without hunger, especially to those who work the hardest to end hunger – the world’s hungry themselves.